ICECCT conference series had been started in the year 2015 at Coimbatore, Tamil Nadu, India. The 2015 First International Conference on Electrical, Computer and Communication Technologies (ICECCT 2015) held at Coimbatore, Tamil Nadu, India during 05 – 07, March 2015. The first edition of ICECCT received more than 1200 manuscripts for consideration and 270 papers have been registered after stringent review and evaluation of the Technical Program Committee. Authors from 25 different countries have contributed papers and more than 20 countries had participated in the conference and presented their ongoing research articles. ICECCT 2015, had really received excellent response in terms of technical quality, organisation and excellent conference kits.

Participants from the following countries had attended the ICECCT 2015

Click here to access the proceedings of IEEE ICECCT 2015 in the IEEE Explore, the digital libray of IEEE

An improved LSB based image steganography technique for RGB images
A Singh, H Singh – … and Communication Technologies (ICECCT …, 2015 – ieeexplore.ieee.org
Steganography is the art and science of invisible communication by hiding secret
information into other sources of information like text, video, audio, image etc. In image
steganography the digital image is used as cover image in which we hide data and the …..… (cited by 36)

Experimental analysis of AODV, DSDV and OLSR routing protocol for flying ad-hoc networks (FANETs)
K Singh, AK Verma – … Communication Technologies (ICECCT) …, 2015 – ieeexplore.ieee.org
In recent years the capability and role of Mobile Adhoc Networks have rapidly evolved. Their
use in emergency, natural disaster, military battle fields and UAVs is getting very popular as
a result of cutting edge ChiefEssays.Net technologies in networking and communication. Using the concept of …..… (cited by 35)

A survey on job scheduling algorithms in Big data processing
JV Gautam, HB Prajapati, VK Dabhi… – Electrical, Computer …, 2015 – ieeexplore.ieee.org
Scheduling problem has been an active area of research in computing systems since their
inception. The Apache Hadoop framework has emerged as most widely adopted framework
for distributed data processing because of open source and allowing use of commodity ………. (cited by 25)

Energy aware multicast routing in mobile ad-hoc networks using NS-2
GA Walikar, RC Biradar – … , 2015 IEEE International Conference …, 2015 – ieeexplore.ieee.org
The nodes in MANET are constrained with limited power for their vital operations since the
connectivity of the network will go down as soon as node energy gets exhausted. Node
failures due to power constraints cause system failures and hence minimizes end-to-end …….… (cited by 21)

Performance analysis of load balancing techniques in cloud computing environment
VRT Kanakala, VK Reddy… – … International Conference …, 2015 – ieeexplore.ieee.org
Cloud computing is a forerunner among the technologies emerging today in the IT world. It
has already been some years after the emergence of cloud technology but still the world
didn’t get the complete fruits of cloud computing. Out of the many revolutionary results ………. (cited by 20)

ICECCT had participants from the following countries 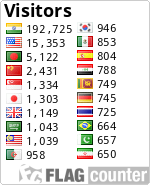